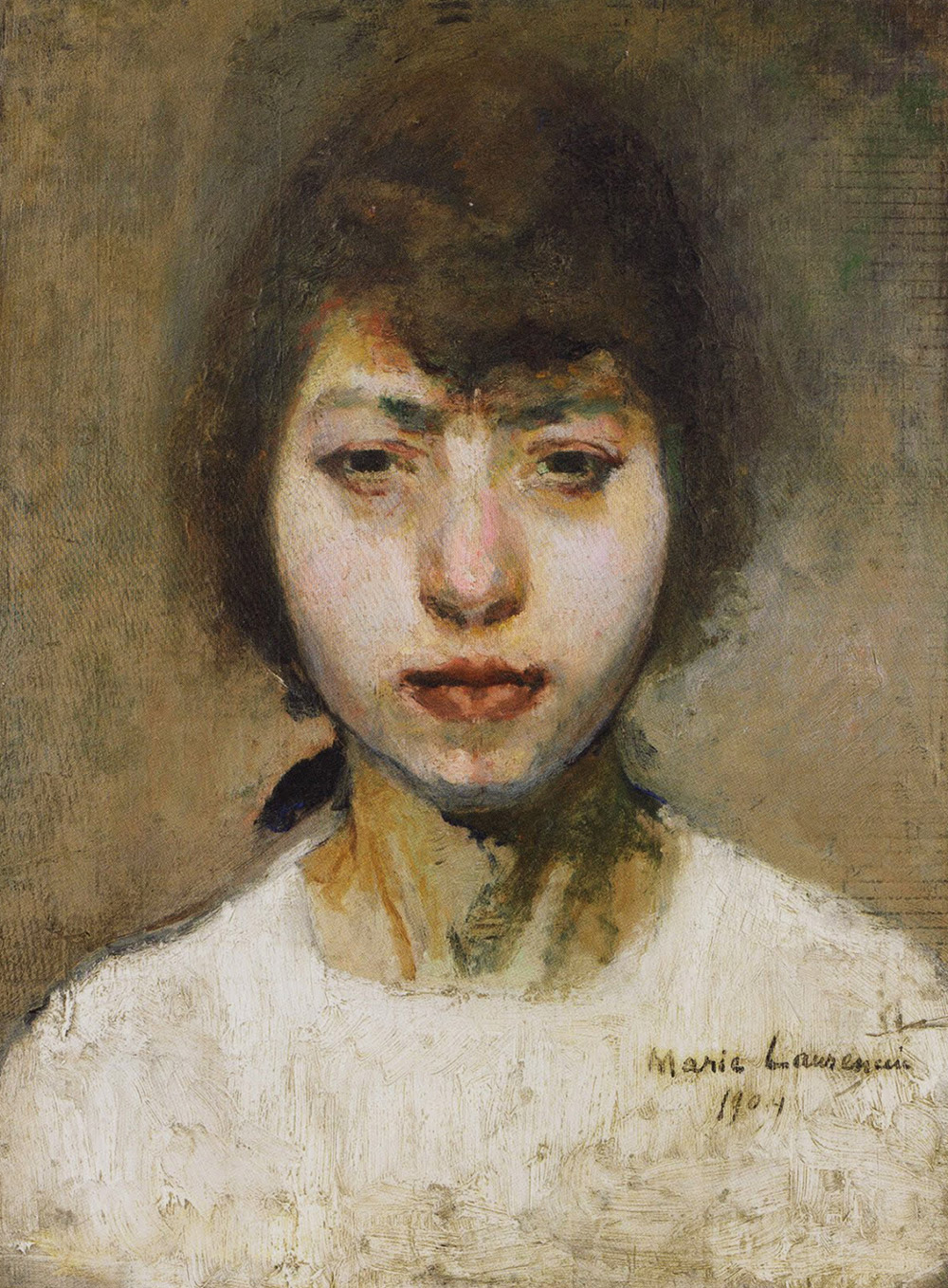 Painting women of Paris, Marie Laurencin occupied a unique place amongst the painters working in the beginning of this century.

Through her encounter with Guillaume Appolinaire, a poet, and her acquaintance with Georges Braque, Pablo Picasso and their circle, she was introduced to the Cubism and Fauvism movements and yet remained peripheral to these.
&nbspShe painted delicately simplified portraits of young girls in pastel colours and established herself with her original style of painting among the gifted talents of l'école de Paris.

With her early realistic sketches and the matured works of her later years, her career involved a more or less steady developement toward a synthesis of clear and delicate designs, mediated at all times by a concern for sensibility and lyricism.
&nbspExcept some still life of flowers and landscapes, she totally focused on portraits of women of Paris, trying to capture an eternal image of young girls playing with fawns. mares and dogs, applying delicately decorative and transparent touches.

Although she borrowed a few tricks of stylization from her Cubist friends, her lines remained simple and her subject matter true to the actual image. What captures our eyes is the melancholy brimming out from the portraits. &nbspLaurencin's skill of dividing the object into separate simplified planes of colour, rose, mauve, blue and grey, gives the feeling of muted eroticism and intelligence and helps to give a dreamy and veiled effect to her pictures.

In addition to penture pure, she tried her hand in décor and costumes for the Ballet Russes and Comedie Française. She also illustrated quite a number of books with lithographs, and manifested her talent in the genre of applied art. &nbspFrom the latter 1920 onward, her art adopted more colours and became rich and luxurious, and at the same time, began to lose the wistful atmosphere which once flickered in her pictures.

At every stage of her 50 years and more of her career, Laurencin Pursued a unique adventure in art solely accessible to woman. 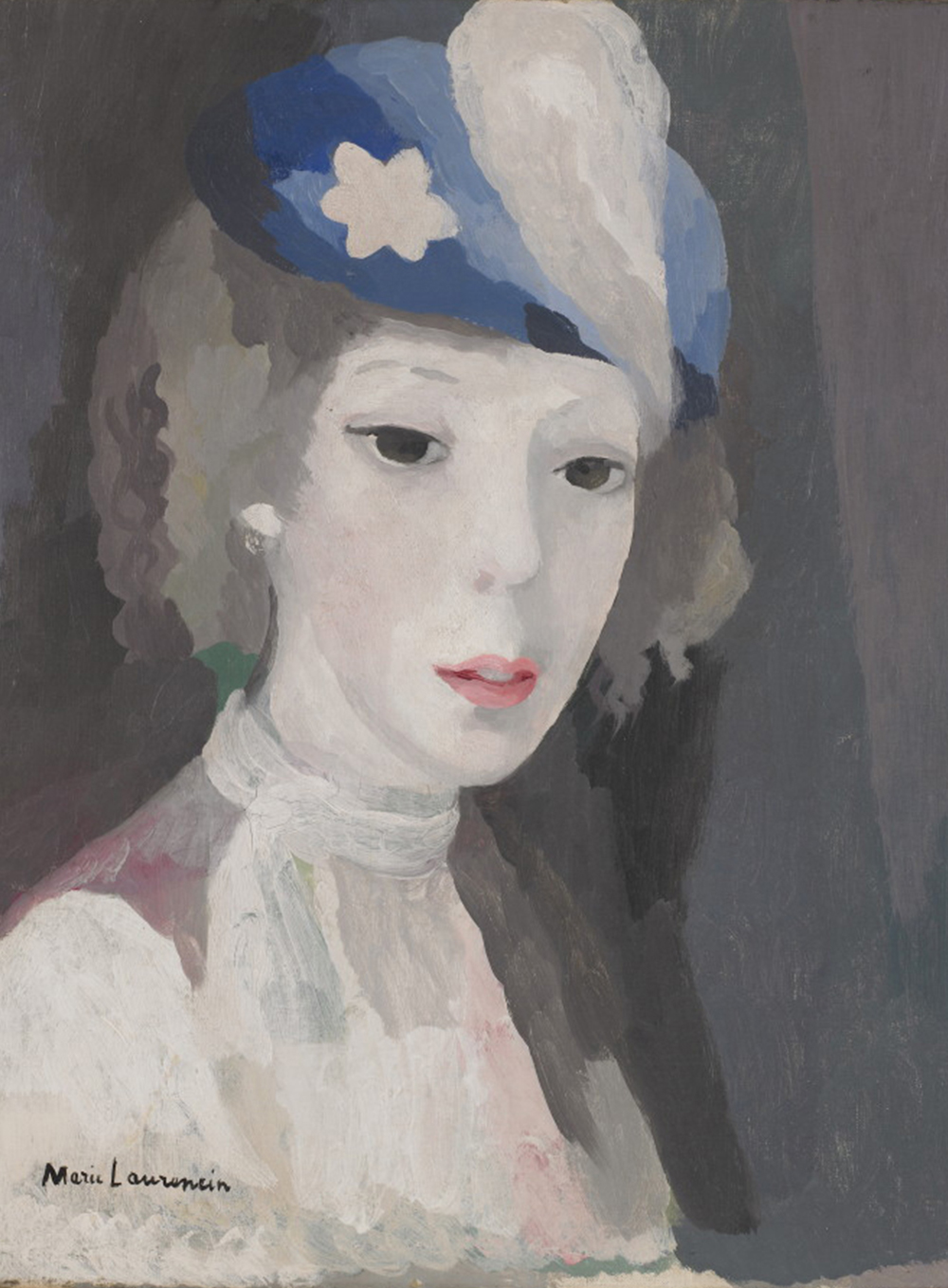